A GROUP of Irish paranormal investigators have been stunned after a face appeared in the background of a photo taken at an Irish castle.

The photo was taken at Lackeen Castle in County Tipperary and shows the face of what paranormal investigators believe is a ‘puca’ known to haunt the area.

A “puca” is a creature from Irish folklore. He is a shapeshifter and can take any form he chooses.

Usually, he is seen in the form of a horse, a dog, a rabbit, a goat, a goblin or even an old man.

Traditionally, a “puca” is considered a dark, elegant horse with golden eyes.

Paranormal Supernatural Investigation’s Ireland Ghostbusters who took the photo told us that there is a legend surrounding Lackeen Castle and they believe this is what appears in the photo. 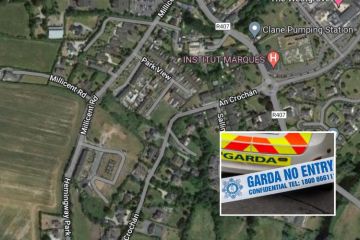 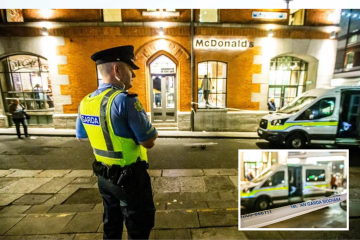 They said: “There is a significant amount of folklore and paranormal activity linked to the site.

“It is said to be now the home of a ‘puca’, a shapeshifting fairy from Irish mythology.

“Legend has it that old witches were stealing a corpse when an O’Kennedy fell on them.

“They were defended by the ‘puca’ which was captured by O’Kennedy.

“He was taken to Lackeen Castle where O’Kennedy’s servants begged their master to let him go or they would be cursed.

Most read in The Irish Sun

“After promising never to harm any member of the O’Kennedy family, the puca was released.

“There is a local tradition that the ‘puca’ can still be seen wandering around the castle to this day.

“There are several different versions of this story, and it can be found in many folklore books.

“As a group, we believe that folklore and history play an important role in our research before investigating places like Lackeen Castle.”

The paranormal group also said they posted the photo on their Facebook page without mentioning the face they had already spotted themselves. 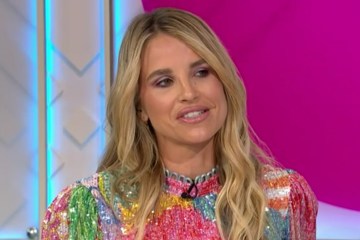 They said: “We posted this image on our Facebook page, Paranormal Supernatural Investigation’s Ireland and didn’t mention anything about the image.

“The majority of people say they see the image of a person.”